The prefecture of Nagano has abundant natural beauty, and is famed for its ski resorts and hot springs.

Nagano became a popular travel destination after it hosted the 1998 Winter Olympics. A particularly popular tourist spot is the Jigokudani Monkey Park, where visitors can see monkeys taking dips in the hot springs.

Another famous sightseeing destination is Matsumoto Castle, or the Crow Castle, so nicknamed for the black color of its walls and roof. Ueda Castle, a notable landmark, received renewed attention in 2016 as the setting for the NHK historical drama “Sanadamaru”.

Another spot we recommend for tourists is the holiday getaway, Karuizawa. Karuizawa is dotted with resorts, hotels, tea rooms, museums and other places that give off a wafting scent of Japanese culture.

Nagano has many areas and many faces. Let’s discover a few of its charms. 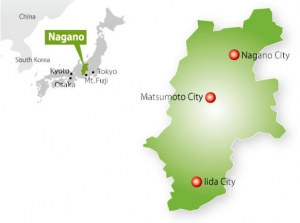 Enquire now for your Japan Holiday

Transfer to Tobu Asakusa Station by yourself
Transfer to Tobu Ashikagashi Station by express train (Travel Time 80min)
Tobu Ashikagaski Station – (appx 20min) – Ashikaga Flower Park – (appx 3min) -JR Ashikaga Flower Park Station
Transfer to Tobu Nikko Station by local train and express train (change trains JR Tochigi Station) (Travel Time 60min)
The Kegon Falls in Tochigi at a height of 97m, is ranked in the three great falls of Japan. Near the falls, there is an observation platform. You can experience the power of gushing water at the observation platform.
Ashikaga Flower Park is a paradise and is the only Japanese location nominated in the dream destinations for 2014 by CNN travel. The park offers gorgeous flowers throughout the year, but you must not miss the spectacular wisterias
that bloom during April to May.
Nikko Toshogu Shrine in Tochigi is a mausoleum in honor of leyasu Tokugawa, first Shogun of the Edo government. Filled with many masterworks by top-class skilled workers of the day, the exquisiteness of these works of art is sure to impress.
Shinkyo Bridge in Tochigi is a beautiful red color bridge which in the entrance of world heritage “Shrines and Temples of Nikko”

Transfer to JR Nikko Station by yourself
Transfer to JR Utsunomiya Station by local train and transfer to JR Karuizawa Station by bullet train
(change trains at JR Omiya Station) (Travel Time 145min)
Transfer to Kusatsu Onsen bus terminal by express bus (Travel Time appx 80min)
Ground water spills over the arch of Shiraito Falls in hundreds of delicate white strands. A natural oasis in the heart of Karuizawa’s woods.
At Netsu-no-Yu (Gunma) traditional bathhouse, visitors can see demonstrations of yumomi and traditional dance done to a local folk song.
Sai-no-Kawar outdoor bath (Gunma) is the largest outdoor bath in Kusatsu is complemented by its rustic atmosphere. The 434ml bath is so large that water temperature varitation naturally occurs.
Kusatsu Onsen (Gunma) is regarded as Japan’s No 1 hot spring with Yubatake being the symbol of Kusatsu Onsen.

Transfer to Nagano-dentetsu Yudanaka Station by yourself
Transfer to JR Matsumoto Station by express train (change trains at JR Nagano Station) (Travel Time appx 120min)
Kamikochi Line Matsumoto Station – appx 30min- Kamikochi Line Shinshimashima Station – appx 65min- Kamikochi Bus Terminal- appx 75min – Matsumoto Bus Terminal
Crown jewel of the Japanese Alps (Nagano) offers unparalleled views of its mountains, forests and waters as you bask in the beauty of nature.
Matsumoto Castle(Nagano) has stood for over 400 years and you can enter the castle to admire its construction and learn more about its history.

Transfer to JR Matsumoto Station by Yourself
Transfer to Fujikyu-line kawaguchiko Station by express train and local train (change trains at JR Otsuki Station) (Travel Time appx 170min)
Asakurayama Sengen Park (Yamanashi) one of the most magnificent view points in Fujiyoshida city where you can see the landscape of Mt Fuji and Churei Tower. 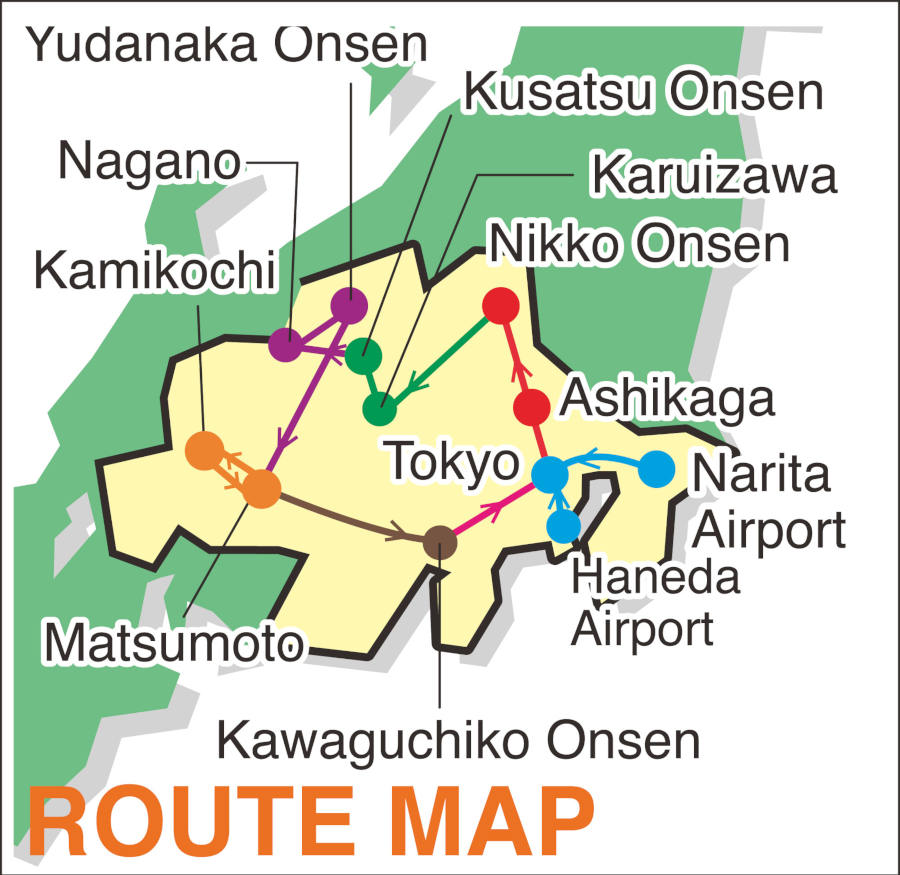 Enquire now for your Japan Holiday